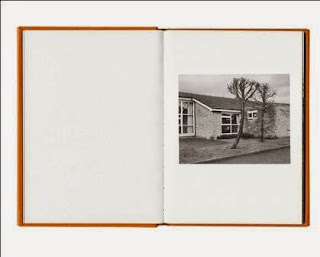 Elbloc Deltoni Guida - When Preston does manage to get some press, it’s for the wrong reasons. A recent report named Preston as ‘Britain’s Unhealthiest High Street’, a badge of little significance but one it could have done without. Greggs, M&Co, a bookies, and a rundown concrete car park complete with piss-soaked stairwells – that’s the image it’s conjuring. Reports like that make the city slogan of ‘Proud Preston’ a little hard to swallow. It’s a bit like calling yourself Sexy Sandra, isn’t it? Bound to stir up scepticism.

Preston may not have quite achieved “a true city’s sense of possibility, drama and distinctive presence,” as Owen Hatherley puts it in A New Kind of Bleak, but it does, he adds, have “potential in spades.” Problem being, the majority of young artists and entrepreneurs don’t stick around to explore it. And it’s the same for much of the North and Midlands. For every twelve jobs created in southern cities between 2004 and 2013, only one was created elsewhere. Unsurprisingly, 78 per cent of people in the North East think too much is spent in London. But surprisingly, so do 43 per cent of people living in the capital. “It’s not just a northern thing,” says Adam. “The same can be said for Cornwall and Kent. Historically, all the attention has been on London. People move there, I imagine, because of the potential work opportunities, the networks, and what being there provides.” It begs the question of whether the city would be so culturally rich if resources were distributed fairly elsewhere.

Anger over the imbalances has elicited a significant reconsideration of infrastructure. An increasing number of local authorities have called for greater devolution and they’re having some success. The Scottish referendum had a huge influence on the North East. A panicked Parliament quickly developed an interest in the region, no doubt envisaging a Game of Thrones-style battle for Hadrian’s Wall. Clegg has been leading the movement, introducing something called Northern Futures to appease councils. There’s a crude looking website about it online containing a seven-hour video of the summit, a couple of Tweets, and not much else. Says it all, really.

While it’s hoped decentralising power will perk up northern economies and sociopolitical relationships, will it be enough to tempt graduates from bolting down the M1 at the first opportunity? Rent might be cheap in Sunderland but jobs are still thin on the ground. If not London, it’ll be Manchester, where Adam and Robert currently live. By all accounts, it’s a pretty optimistic place to be. The tussle for second city is paying off: it now has a beta+ world city listing ahead of Birmingham’s beta-, whatever that means. Salford has also acquired the BBC, an arrangement that makes perfect sense for the predominantly Labour region: the public owns more of the BBC than it does the NHS. And there’s a perceptible DIY attitude and pride in the city’s identity.

But, as Adam points out, a whisper of prosperity doesn’t change the fact that, culturally, even Manchester plays second fiddle to London. “Living up here, most of the culture is music-based. There are very few gallery spaces, there isn’t a visual arts network,” he explains. “You tend to find that discussion is always positive, just because it’s happened. There’s no critical discourse, and that’s vital. We’re more than happy for people to discuss the work we produce. That’s the whole point. We don’t want people to say, ‘Oh, well done! How’ve you managed that? And in the North, too!’ A lot of the work I do with Preston is my Paris, Tent (Adam’s project with Oliver Whitehead) and when I’m lecturing is to get people to see that you can be elsewhere and do stuff. They might find what we’re doing exciting and want to do something themselves or they might think it’s rubbish and want to do something better. Either way, they’ll do something.” (riaucitizen.com)
Road and Rail Links Between Sheffield and Manchester, Adam Murray & Theo Simpson with Ben McLaughlin, 2012 4.5 5 Unknown Wednesday, May 20, 2015 Elbloc Deltoni Guida - When Preston does manage to get some press, it’s for the wrong reasons. A recent report named Preston as ‘Britain...