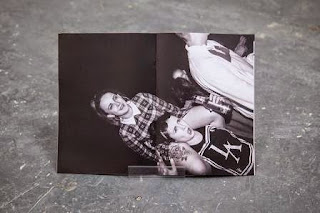 ElblocDeltoniGuida - Nowhere in England captures the imagination like the North. The East, the South, the West and the Midlands – they’re lucky if they get talked about at all. But the myth of the North prevails because it’s convenient. It speaks of a triumph over adversity and we’re not quite ready to give it up.

Like with most myths, its foundations are kind of flimsy. Its borders are even flimsier. Ask a Southerner and they’ll wryly inform you that the North begins at Watford Gap service station. An icon of London-centricism, it acts as a gateway between civilisation and the cultural wasteland beyond. In the true North, they draw the line along the M62 corridor. Needless to say, the appointment of Manchester as an unofficial northern capital doesn’t go down well with them. To Midlanders like myself, it’s somewhere by Meadowhall as you’re heading up the M1 that the mood starts to change. And by history’s measure, it’s the latter that’s closest to the mark. Back in 197, the Roman emperor Septimius Severus split England in two. He called the northern province Britannia Inferior and the southern province Britannia Superior, based on its proximity to Rome. We have him to thank for this mess.

Being perceived as out of reach does have its advantages. There’s a sense that the North is operating of its own free will, free from the sneering paternalism of the capital. Where London is a sodom of market forces, individualism and greed, the North is a bastion of hope, integrity and substance. Regardless of how true it is, it’s something that brands and media don’t hesitate to chummy up with. “You can go to America and symbols of northern England will be used for an authentic purpose. Where has that come from? Why northern England?” says Adam Murray, a photographer and lecturer at the University of Central Lancashire.

The legacy of the proletarian north and the bourgeois south appears to be part of the appeal, particularly in these increasingly digitised times. The notion of an honest day’s work comes as a comfort to those who’ll never get closer to the factory floor than playing Candy Crush on the Tube. The problem with that is that for the myth to survive, the North has to remain ‘down’ in some way. “A lot of the stuff people are engaging with seems to be reliant on past glory or legacy – the industrial revolution or the Thatcher era, or the musical and cultural peaks provided by 80s music and the Manchester rave scene,” he adds. “Rave culture was twenty years ago at the earliest. It’s dead, isn’t it?”. (riaucitizen.com)
The North West, Adam Murray & Robert Parkinson, 2015 4.5 5 Unknown Wednesday, May 20, 2015 ElblocDeltoniGuida - Nowhere in England captures the imagination like the North. The East, the South, the West and the Midlands – they’r...